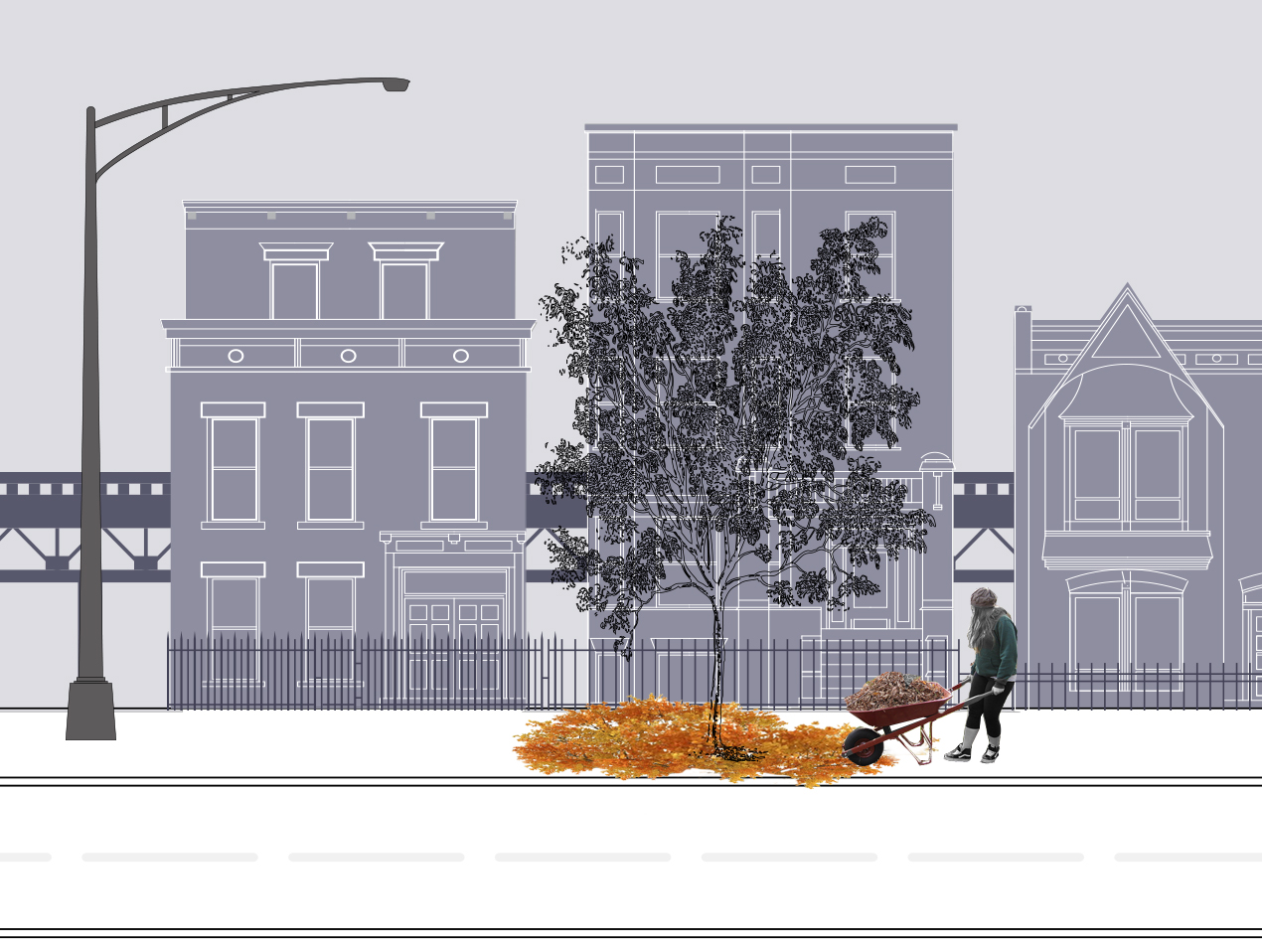 In the latest episode of our Urbanum series, the founders of the initiative guide us through the elements of tThe following article is based on an excerpt of a conference lecture planned for a scientific event in New York, co-authored by architect Petra Probstner and Géza Kulcsár. Their aim is to reveal both the often hidden principles behind design processes and the tensions that may arise between site- and time-specific manifestations of these principles, in the context of a design program that is admittedly initial and exploratory. In the latest episode of our Urbanum series, we focus on the Chicago Pattern Project and the upcoming major redevelopment of the Museum of Transport in Budapest.

By Géza Kulcsár and Petra Probstner

Since the foundation of the Contemporary Architecture Center (KÉK) fifteen yeas ago, in addition to pr

Context sensitivity is not a popular psychological technique or a piece of advice from your coach. Context sensitivity is actually a linguistic concept. Briefly, slightly simplified and without jargon: context-sensitive linguistics differs from context-independent in that, while it allows for much more varied and subtle ways of expressing ourselves, the price is that our expressions become much more complex, making them more laborious and difficult to construct—and even risking that our articulation becomes too ramified and the message is lost in the stylistic richness.

Needless to say: when reading the above, we don’t necessarily have to think of written, spoken, natural languages—the description can be applied to the whole field of design and even more broadly to the entire field of design processes (from this perspective, it’s almost strange that the two don’t mean the same thing, isn’t it?). Context-sensitivity here is actually a design philosophy: it aims for outcomes with personal and communal meaning.

Concrete is an emblematic building material of our age and the near past we think back of with ambivalent feelings. In the shop window, concrete sometimes appears in its very self, as a shattered and t

By now, after the so-called modernist attitude (which, despite its key role, we cannot even attempt to describe in the present framework) has become dominant, the design process is typically about filling a void, which is also material and measurable in terms of predefined parameters, in such a way that the output perceptibly fills the space defined by these parameters (in a physical sense, certainly, but sometimes, incidentally, also in a spiritual sense).

As a matter of fact, we can adequately characterize the entire modernism as a general tendency along the lines described above. Indeed, the rise of functionally focused design thinking roughly coincides with the modernist transformation brought about by the parallel forces of industrialization and enlightenment. But design can also be seen from a much broader perspective. In this case, we find a polylogue (multi-actor discourse) in which each design process is presented as a separate voice, but in the background, there is always the tension between radical re-creation, practical creatio ex nihilo and the tension of following the formal-emotional tradition. If affirmed and integrated, this tension is creative, but if negated or polarized, it can be destructive.

We argue that the best results for most people are achieved by a subtle synthesis of these two attitudes, radicalism and traditionalism. Of course, this is not a mere formal mix-up, a juxtaposition of a familiar motif and a never-before-seen arc, a culturally embedded ornament and an otherworldly, computer-generated pattern. Interestingly, the desired effect can best be achieved by opening up both ourselves and the design process itself to its broadest possible context—social, spatial, temporal, but going beyond that: emotional, spiritual, intellectual.

This credo is illustrated in an excellent way by the Chicago Pattern Project, where we can witness how this vast intellectual space, with the city itself as its starting point (Chicago as the cradle and stronghold of the cutting-edge modernist movement known as the international style), and which, step by step (through the elastic phenomena of the neighborhood, then the contextual surplus embedded in each building), is finally embodied in human-scale objects adapted to the traditional mode of reception of the visual arts, aiming at a synthesis of personal experience, history and data. “Has an urban planner ever mapped a city by the users’ everyday experiences? Have they ever considered our sense of safety being challenged by an object casting a dark shadow? Do they ever wonder what path we choose to take on a sunny day versus a rainy one?” ask project leaders Petra Probstner and René King.

But to give a valid sketch of the theoretical and practical space to be covered by the context-sensitive design program, let us look at an example that takes its character from the spontaneous phenomena of the material reality around us. Yet this character manifests itself primarily in a large-scale built complex (in this case, an important industrial complex) that goes beyond the dimensions of a single building and which eventually becomes integrated in its own social and cultural environment, and into the fabric of the city. We are talking about a new Transportation Museum, built on the site and incorporating the elements of the former Északi Járműjavító (Northern Maintenance Depot), one of the most iconic industrial facilities of the previous regime, which, in fact, was designed by a prominent American firm. The Urbanum team has started to assess the physical and conceptual implications of the large-scale cultural project, with performances and discussions in and interacting with the space and even with an ad-hoc exhibition. Renewal is inevitable—but it is important to understand as clearly as possible what we create and what we necessarily lose in the process. Because if we understand it, we may be able to sustain it. Answering these and similar questions as adequately as possible is the aim of the context-sensitive design program. Knowing a place is about being able to describe its context: then, its past, present and future become personal. 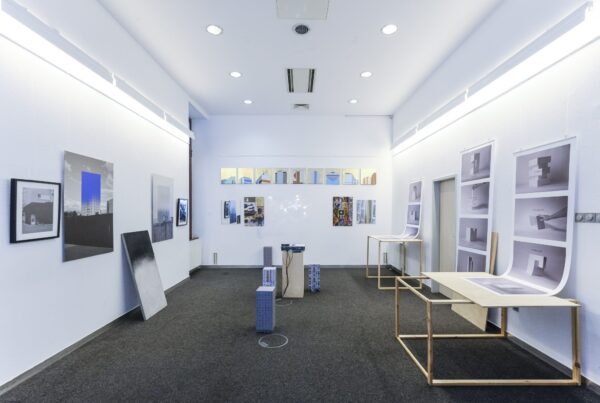 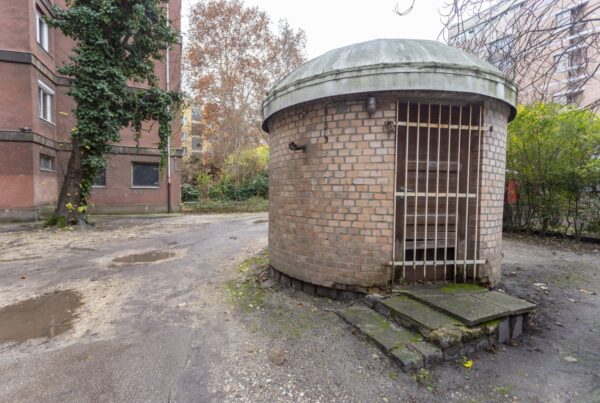 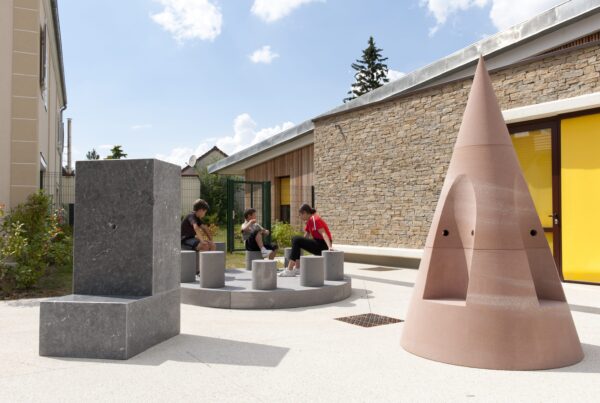